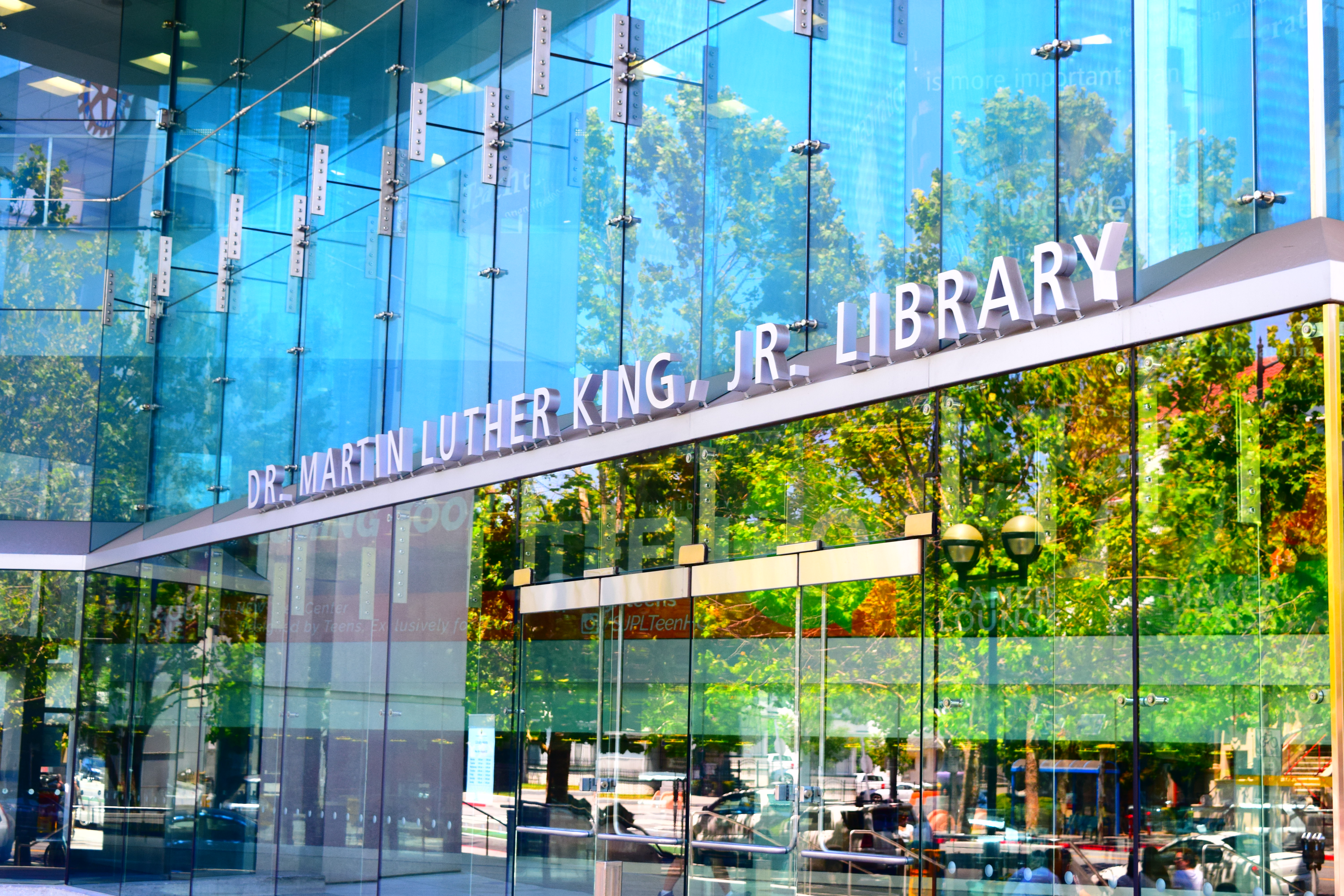 Definitely not something I thought I’d be hearing today.

As you may have heard, today was #MLKSitIn day, a movement born on Twitter and organized throughout the nation in an effort to bring awareness to systemic racism and celebrate community and culture. Organizers were encouraged to take part in the peaceful resistance and get their local communities involved. The celebrations took place on streets named after Dr. Martin Luther King, Jr. in an effort to connect with his legacy.

I only learned about this event this morning, just by happening to be on Twitter early in the day. The first tweet I saw about #MLKSitIn day was about the one happening in San Jose, and it seemed like fate. I’d just moved out here a few weeks ago and have been itching to get out in the community and learn more about this city. It was perfect.

I drove downtown and parked in a garage, mainly because I was too worried that I would get a ticket if I attempted to parallel park somewhere. Camera in tow (and Pokemon Go at the ready), I walked around the colorful neighborhood, taking pictures on the way to my destination.

There were only a few people, maybe seven or eight, sitting in a circle in front of the library. Shoving my shyness aside, I approached them and was greeted warmly. Eve and Darlene introduced me to the rest of the pack and were very excited when I told them I had just moved to the city. They began telling me about the different social justice organizations in town, like the Peace and Justice Center, and radio stations that served the same interests as the sit in.

People came and went past the library, stopping every so often to look at the chalk drawings with names of people killed by police. Most people kept walking after a quick glance, but there were a few that stopped to stay for apple juice boxes and justice soap boxes. I met Crystal, from Santa Clara, and Molly, from Palo Alto, both deciding to come to San Jose for the day to lend their support. I learned more about the downtown area, and queerphobia, and transphobia, and talked about how systemic racism works. Between the chalk and the snacks, there was a ton of information flowing at the library.

After a while, the sit in crowd began to grow. About eight older white women joined the audience, dressed in sun hats adorned with plastic flowers and cute floral patterned aprons. Honestly, it was too cute for words.

I soon learned that this gang of ladies were called the Raging Grannies, social justice activists that write lyrics in the tune of popular songs that support whatever cause they are supporting. It’s a national group of grandmothers promoting peace and justice, and one of the best fun facts I’ve ever learned. Socializing with these grannies was pretty much the highlight of the sit in for me.

Ruth introduced herself to me first, a tall woman with a scarf holding back her curly gray hair, and clearly a born leader. She spoke powerfully and always with a subdued giggle in her voice. Listening to her talk was enjoyable in itself, but hearing her speak on transphobia and racism was even better. It was surreal almost, as if I had stepped into an alternate universe. Here I was, surrounded by a half dozen grandmothers, and instead of sticking to stereotypical centuries old hateful rhetoric, these women brilliantly expressed their opinions on their own white privilege and how they could use it to make things better. It was incredible.

After chatting with Ruth, she and the rest of the Raging Grannies took to the library steps to begin the next part of their act; singing. They sang three songs: “We Shall Overcome,” “My Bonnie Lies Over the Ocean,” and “Saints Go Marching In,” changing some lyrics of the last song to “when being Black is not a crime” and “when gender roles are flexible.” They passed out sheets of paper with the new lyrics printed on both sides so the whole sit in could sing along. It was extremely corny and it nearly brought me to tears. This gesture, these women rewriting songs in order to make them about combating racism and sexism and homophobia, this entire thing was just so inspiring.

After the songs and a few more speeches, the crowd started thinning out. People packed up their signs and their bags and headed home; we’d been out there a few hours and it was time to leave. Before I left, another Raging Granny, Barbara, came up to me. I was wearing my favorite Beyonce concert shirt, which Barbara had been trying to read. She didn’t know who Beyonce was, but she said she was a huge fan of Pavarotti. She said she doesn’t understand the fear and hatred white people in this country have. She said she doesn’t know what to do to help stop systemic racism or queerphobia or all of the hate people have for others. She asked me if Beyonce was someone that had the answers.

Barbara asked if Beyonce knew the answers because she couldn’t figure it out herself. It seems a little silly, but my chat with Barbara was enlightening. Here was this 70-something white woman with her Philando Castile sign telling me that she doesn’t know who Beyonce is, but trying her hardest to do her part in dismantling institutionalized hatred. Maybe it’s just me, but I was extraordinarily touched by this simple exchange. These raging grannies just get it.

This afternoon was an interesting one for me, definitely not how I saw my day going. But between my talks with Barbara and bearing witness to the speeches at the library named after Dr. King, I feel inspired. It’s been hard getting used to San Jose these past couple of weeks, but after a day full of so much hope and love, of so much knowledge and truth, I feel like I’m finally finding myself here.