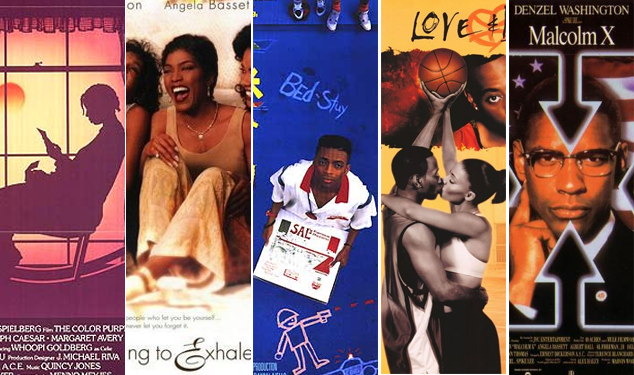 I often find myself craving the approval of white people for the Black things I love and, conversely, feeling attacked when white media disparages those things. Even the simplest critique makes me angry. Knowing they even exist, knowing that a white critic could form an opinion like that or even think it was in anyway appropriate to judge blackness in any capacity. What do they know? Their experience is not even in the same realm as ours is, not even close.

If you follow me on Twitter, you’ll know I’m excited as hell about Pitch. I have never in my entire life cared about baseball, but from the first time I saw the trailer, featuring a young Black girl being the first in this fictional world to play in a major league team, I was hooked. These are the stories I crave, the ones I need; Black girls breaking barriers and doing anything and being unstoppable. I’m even willing to watch Grey’s Anatomy an hour later just so I can watch Pitch in all its beautiful Black girl glory. So my immediate reaction to that tweet was anger and it unraveled in a few thoughts. 1. Why must Pitch aim to be realistic? 2. Why is realism the goal here when television is fictional? 3. Friends was on TV for 10 years and had like 3 black characters and that show was set in New York City, so why is it always up to us to remain true to real life?

I clicked the article and read it, soon realizing that it discussed how the show makers wanted to remain true to the MLB in order to make the baseball parts of the show authentic. Apparently, baseball is an important sport that requires this much attention to detail, lest actual in-real-life baseball fans realize that the show didn’t remain true to the sport (outside of, ya know, letting a Black girl pitch in the major leagues). So, my anger came from misunderstanding; I thought the article would be a preliminary judgement on how the show fails on the realism front because of the premise of having a Black girl on the team, or that this was one of those things where white critics are dubiously picky about Black shows for no reason. And, ok yeah, that was my bad. But I’ve been conditioned to expect this kind of criticism of Black entertainment from white media. The age old “you have to be twice as good to get half of what they get” adage is true here.

White critics are unusually harsh on Black entertainment media, and I’m not the only one saying this. If we aren’t servants or slaves, then we are invisible or unworthy to white critics. Even our failures, like Tyler Perry’s constant need to demean Black women in his films, are bombarded with an echo chamber of self-righteous and vitriolic backlash. And god damn it, I can’t believe I’m coming to Perry’s defense, but despite his shortcomings, its disturbing to me that white film critics feel so comfortable tearing into his films for their moral failings when they don’t do the same to other films. Not that other movies that are bad aren’t judged that way; it’s the overarching, repetitive, sense of being ganged up on so its beaten into us that this thing was bad. Our classics, our coming of age movies, our romcoms, anything of ours is constantly ripped and harshly, negatively critiqued by a market over saturated by white journalists who haven’t the first clue what they’re watching.

Owen Glieberman gave Poetic Justice a C- , citing John Singleton’s ego for its shortcomings. It has a 31% on Rotten Tomatoes. Maybe these critics couldn’t relate to such “loudmouthed” characters or Janet Jackson’s “homegirl saint” character, but this film had a huge impact on Black culture, most recently culminating in Kendrick Lamar’s song “Poetic Justice” on good kid, m.A.A.d city. Janet Jackson’s voice is sampled in the song, and with 2Pac being one of Kendrick’s biggest role models, it’s clear where the inspiration for the song comes from. But some of these critics’ lived experience can’t allow them to connect to the film the way Kendrick did, and the way tons of other Black folk do. It was inaccessible to them because even as much as white people claim to be open minded, sometimes they just can’t fathom Black America and give all our movies C’s and D’s and F’s. Our world is beyond comprehension to them, but Game of Thrones remains at the top of the charts.

So, forgive me for being immediately offended when I saw that Entertainment Weekly got its hands on one of the very few precious shows I have.

The implications of this kind of critique makes me feel helpless and, conversely, grateful when white critics find a Black thing that they like. I hate how that makes me feel. I don’t like feeling reliant on white people, I don’t like feeling like I need their approval. But I do. Because in this reality, if white people don’t like a thing, it won’t make any money, and then it won’t get picked up, and then the talented actors and writers and directors are out of the job, and then they can’t find work elsewhere because now their record is blemished with something deemed a failure by white critics, and then the tiny, tiny pool of Black entertainment that we have is made that much smaller. It’s why I try to watch every Black show and movie I can. I’m terrified of scary movies, but When the Bough Breaks is out, so catch me at the theater this weekend with my hands in front of my eyes. I feel like it’s my responsibility to support these movies and shows; damn near every Black person feels this way. It’s why Think Like a Man killed it at the box office despite getting 53% on Rotten Tomatoes. We know white people won’t do it, and we know the reviews are going to be in the red, so we show up in droves and we give them our money because who’s gonna do it if not us?

It’s why I’m ecstatic that white people love Empire so much and are finally realizing that Taraji P. Henson is a star, even though she’s been in this business for decades. It’s why, as much as I hate her for killing my favorite characters, I love that Shonda Rhimes knows how to write for the masses, and allowed for the brilliance of Kerry Washington and Viola Davis, two women who have also been doing this their whole lives, to finally be seen by all. It makes me crazy when a Black thing gets popular and Esquire publish articles like “Who is Teyana Taylor?” as if Black people haven’t been saying By-RAAAAAAAAAAN for years.

White people are so blind to us and I hate feeling like I need their stamp of approval. It’s less a need to feel validated and more like I feel like if white people enjoy something, it has a better chance of survival. There’s not exactly a ton of tv shows and movies that include faces that look like mine, and the desperation for more of those things often hinges on white people supporting them. And I haaaaaaaaaaate it, man.

I don’t doubt that Black people can succeed without white people; we can and do, as evidenced by circumstances like Think Like a Man referenced above. It worries me when there’s an over abundance of negative critiques about Black art because studios think all Black films fit into the same genre and if one fails, they won’t be inclined to fund the next. Many Black movies and shows written, directed, and starring us are still framed by whiteness in the ways they are funded, distributed, and developed. And since they’re pigeonholed into having a flat, singular audience, the critiques they get can make or break them.

The industry needs to change. The success of Black entertainment shouldn’t be contingent on white taste. Movie critiques shouldn’t hold this much weight. But until things get better, count on me side-eyeing the hell of any white critic who even thinks about reviewing  Insecure or Queen Sugar this season.

One thought on “White Criticism of Black Entertainment”