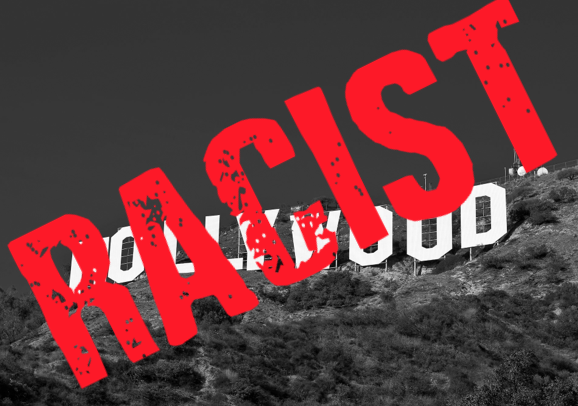 Hollywood is racist. Of course it is; it’s in America and America is racist. These are both facts. If you don’t like facts, then now is the time to exit this article, because it’s based on aforementioned true, 100% factual statements. Be it refusing to hire actors of color or allowing Adam Sandler to continue making racist movies or blackface or yellowface in film and TV or any of the million and one other racist things that our entertainment media peddles us, it’s a pervasive problem and makes it hard to enjoy things. Is it too much to ask to watch a movie or TV show without having to watch little white kids say “nigga” or offensive stereotypes of Native Americans? Hollywood thinks it is, I guess.

Despite the overarching problems Hollywood has with race, there are some positive pockets that give us the quality representation that we crave and deserve. From Ava DuVernay’s success on both the big and small screens to the CW’s Jane the Virgin amplifying authentic Latino culture on television, we’re living in an era where our voices and culture and art aren’t as ignored as they have been.

This may sound all well and good, and it is. I’m glad that I’m starting to see so much more ~*diversity*~ on TV and I think we’re going in the right direction. However, as much as newspapers like to write ledes like “so-and-so has transcended race” and other foolishness, we don’t live in a post-racial society, whatever that means. America is still racist. We literally have a racist demagogue running for president of this whole country, so don’t @ me. I’m right. We’re real far away from solving this problem.

This morning, I was having a good day; I have them from time to time. Then I made the mistake of getting on Twitter. I feel like sometimes I can go a few days or weeks without having to deal with racism and I just kind of forget. Not, like, completely forget that it exists or anything. I just become enveloped in this bubble of false security where there’s been no recent flare ups of nonsense that I have to deal with and I just sort of forget that it’s a thing I often have to go through. My morning timeline burst that bubble real quick.

If you don’t already know, I love Grey’s Anatomy. I have many, many reasons for this (and, you know what, I don’t owe you an explanation, that show is great) and I follow the entire cast on Twitter. One of the first things I saw while I was at brunch this morning was a tweet by Kelly McCreary, who plays Dr. Maggie Pierce. She’d retweeted a fan account that informed her that they’d called out some online news site that had mistook her for Jerrika Hinton, who plays Dr. Stephanie Edwards, at a party last night. I could feel the anger bubbling up already. This wasn’t gonna end well, I knew. I checked her twitter and found out that a handful of other news sites must’ve copied the incorrect information and published it, which meant there was now a bunch of photos of Kelly out there labeled as Jerrika.

Now, for those of you who don’t watch Grey’s, Kelly McCreary and Jerrika Hinton look nothing alike. They’re very clearly two different people. The thing they have in common is that they’re both Black women who work on the same show. So of course whichever blog or whoever it was that got it wrong first saw a Black lady with other Grey’s cast members and just…I don’t know, picked one at random? Because all Black people look alike, right?

A few minutes after I tweeted about how messed up this situation was, Jerrika tweeted about the disaster herself, calling for the websites to do better. A few fans engaged with her about it, agreeing with the offensiveness of the tweet (although most fans offered very base and generic sympathy, but that’s another story for another day). It’d only been a few minutes since I’d seen the fiasco and I was already seeing red with how mad I was at this situation and tweeted about my anger. Jerrika responded, saying it “[h]appens frequently, even with ‘fans’ of the show.”

My Twitter friends and I did what we always do when something ridiculous happens on the TL: react with gifs. From one of Kanye telling paparazzi to square up to numerous gifs of people shouting and fighting, our anger was clear (at least to anyone who knows how to navigate Twitter). We discussed it with words for a little bit too, agreeing that everyone that printed the misinformation needed to apologize to both women and that said apology wouldn’t even matter in the end. We talked about how unfortunate it is that we’re still getting surprised by the amount of racism and ignorance that leads to stuff like this and how frustrated we are that Black people never get the respect that we deserve and how having discussions like these are tiring.

I really haven’t ever given much thought to how much it must suck to have to be famous and have to deal with racism at such a magnified level. I’ve written about the implications of whitewashing in the media and movies and TV shows’ pathetic numbers in regards to hiring people of color in front of and behind the camera. I read the DGA’s recently released list of shows that hired no people of color or women directors last year. I consume the information and learn the statistics and discuss the negative repercussions of poor representation, but rarely do I ever seriously think about how Hollywood’s racism effects the people who work there.

In my defense, I’m not famous. My point of view is from the audience’s side. The discussions I have about Hollywood’s dismal representation focuses on how that effects society and how negative stereotypes in popular culture become harmful in real life. But, for actors and writers and directors and creators, that is real life. It’s their real life. I rarely, if ever, go as far as to think about how poor representation and racism on my TV screen is hurting them. A common argument I’ve seen a lot lately, especially regarding Colin Kaepernick’s badassery, is that the racism celebrities face isn’t that bad because they’re famous; they have money and cool jobs and awesome friends and their job isn’t to talk about societal issues, it’s to entertain us. Clearly this is a flawed argument and I don’t have the patience to unpack every single way it’s wrong, but more than anything, I think removing a celebrity’s humanness is incredibly harmful. To assume they don’t feel like us because they’re famous doesn’t make any sense, and to say that Black celebrities aren’t in a position to comment on racism is even more ridiculous and damaging. Expecting them to grin and bear it because they’re famous is crazy. Racism doesn’t just end when Twitter gives you a blue check.

I couldn't be famous, I'd get arrested in a heartbeat I already know

Casual racism isn’t as explicit or violent as cops killing Black folks at alarming rates or housing discrimination, but damn is it mentally exhausting. Having to deal with these micoraggressions can take a toll on you, and I can only imagine how draining it is to have it super amplified when you have the added bonus of being a highly visible celebrity. Every single time a Black person is extrajudicially murdered and it trends on Twitter, I have to log off. When a video of white people screaming at or roughing up Black kids goes viral, I have to take a break from social media for a couple hours. And damn does it hurt when racist vitriol is directed at me personally. That kind of abuse is debilitating. I would never want to be famous or anything that puts me in the spotlight because just seeing the kinds of nonsense hyper visible people have to deal with stresses me out.

The reason this whole situation is such a big deal is because it happens all. the. time. It harkens back to the offensive stereotype that all Black people look alike, because clearly white people don’t care enough to distinguish between us. And Black celebrities are mistaken for each other at such a high frequency, it should be more surprising when entertainment mags get it right. Remember when Total Beauty thought Whoopi Goldberg, WHOOPI GOLDBERG, was Oprah? Yeah. Or when an interviewer mistook Samuel L. Jackson for Laurence Fishburne to his face? We see you. TMZ thought NeNe Leakes was Mary J. Blige. George Stephanopoulos thought Bill Russell was Morgan Freeman. Michael Clarke Duncan and Seal were separated at birth, I guess. Hell, it’s not just celebrities. CNN saw a group of Black sorors and just assumed they were gang members.

When pieces of casual racism like this are so prevalent, they don’t really feel like microaggressions. It doesn’t feel so “micro” when it happens all the time. Racism takes a real psychological toll on its victims, and being subjected to this kind of thing at such a high volume doesn’t seem very small. “Microaggression” feels too tame when it’s on a stage this big.

@heycheyennehey Micro and macro. You wouldn't believe what I have to deal with. Lemme log off and go enjoy this day ✌🏾