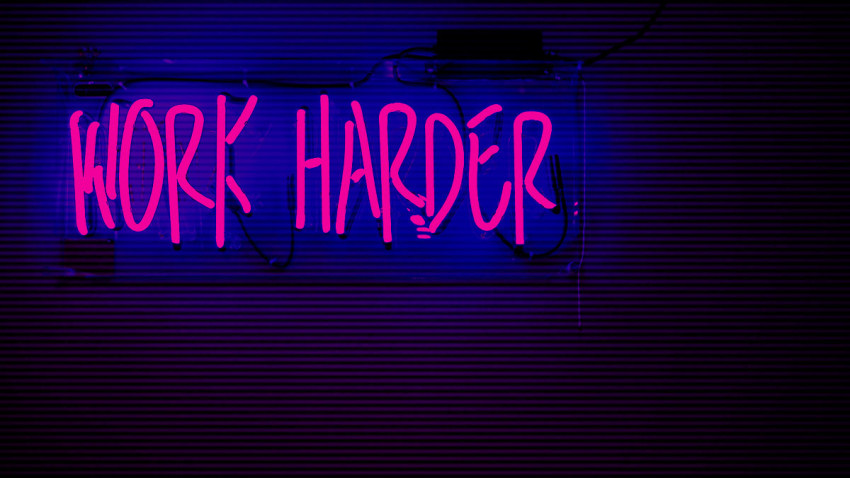 We’ve killed napkins, golf, chain restaurants, diamonds, weddings, and plenty of other beloved American establishments. Wine corks narrowly evaded our conquest against them, but the fight isn’t over. We’re out for blood, and twist-off wine caps will remain superior.

The generation of participation trophies and avocado toast and other generalizations that greatly favor white 20-somethings while ignoring millennials of color (which is another topic for another article) is seen as lazy and blamed for what seems like everything. Despite having more skills than generations previous, they are blamed for the failures of consumerist industries that were too slow to keep up with an ever-changing market. Reports and articles about millennials killing things has been the wave since early 2016, and the killing spree isn’t letting up, with the most recent victim being bar soap. When we aren’t being blamed for the collapse of an entire country, we’re called entitled and spoiled by the generation that then turns around and requests help on how they can let all their Facebook friends know how narcissistic they think kids are these days.

We’re called lazy for living with our parents, a necessity for many young people due in part to the 2007 collapse of the economy that the very finger-pointers caused. We’re said to be full of ourselves, because, according to baby boomers, we should at least have some modicum of self-hatred. That’s always healthy, right? Not to mention the uptick in anxiety, depression, self-image issues millennials are prone to have. But, selfies, am I right! According to TIME, since we have more photos of ourselves and our pets that previous generations, we’re way too full of ourselves. Because, as we all know, utilizing modern technology is bad and traitorous to what it means to be a human being, which is why we still grunt to communicate and don’t have things like “Polio vaccines” or “microwaves.”

Listen, I could go on and on and on about the ubiquitous, unfounded, cry-babyness of generations previous complaining about millennials taking selfies and killing grocery stores or whatever; about how ridiculous, disingenuous, and embarrassing it is for actual journalists to continue to cite statistics on how American life operated in the 1910s as a legitimate comparison to today or how millennials aren’t buying diamonds without mentioning how our cost of living is the highest it’s ever been with average incomes growing by fractions of a percent in decades past or how corporations get away with unpaid internships. It’s an easy target; I’ve already written like 400 words about it.

But instead of coming for a bunch of people who are doing a bang-up job of the long-standing tradition of blaming the generation beneath them for everything moderately not good in the world, I want to highlight the strength of the 20-and-30-somethings.

Millennials were told that going to college was the one singular way to unlock great careers and future adult success. We were told to study and do well in school, because it was the only way. And as we got older, we graduated with degrees that turned out to be worthless as the workforce moved the finish line further, necessitating graduate degrees and decades of experience for entry-level jobs. We even saw our peers drop out of school, the one so-called guaranteed way to successful adulthood, only to become kajillionaires by making YouTube videos or being pretty on Instagram. So, on the one hand, we’ve got minimum-wage paying jobs that will never realistically pay off the debt accrued on our 4-year fool’s gold-plated path to supposed success as our main job prospect while some lucky kids somehow earn millions playing video games. It’s a bizarre and frustrating place to be in.

We’re overworked and underpaid. We’re still living at home because the adultier adults screwed up the economy a decade ago. We watched wars with the wrong countries deplete our resources. The average income for a 20-24 year old is $27,456 while the average annual cost of living for folks in that same age bracket is $28,458. We are making less and paying more than baby boomers. We’re drowning in record-breaking student debt. The average cost of a wedding has gone up 273% in the past 50 years. Over the past 40 years, the average income has gone down 5.5%, adjusted for inflation. But, I mean, napkins, right?

Sorry, sorry, I said I wouldn’t be bitter.

My roundabout point is this: we’re broke. Millennials are broke. Everyone I know is broke. We work survival jobs that keep us in place and alive. Despite being better educated than previous generations, we’re earning less. We don’t take as many vacations as the generations before us; we can’t afford to. We can’t afford to do the things we love because they don’t pay enough. There are a lucky few who get to pursue their passion and turn it into a high enough paying career to make them financially stable, but the majority of us are forced to put those things on the back burner while taking jobs we’re overqualified for because being a cashier doesn’t come with the million and one absurd stipulations as other entry-level jobs.

But, despite being constantly strapped for cash and floundering with debt, we pursue our dreams anyway. Although most of us can’t afford to do what we love as a career because our passions won’t pay our bills, we use our limited spare time to explore that realm. Nearly every young person has a blog or website or social media account through which they can share their thoughts, and many use it to showcase their passions. Our side hustles, our hobbies; those are what get us through our survival jobs. Photographers, writers, painters, artists, designers, directors; we grind at our day job while our hustles sparkle in the night.

We easily adapt to our circumstances. Artists utilize mediums like Twitter and Instagram and Snapchat to get their work out there, and the knowledge to do so is intrinsic. We grew up with the internet, watched how it rapidly changed from AIM and chatrooms and our parents warning us not to trust faceless strangers on our computer screens to a hugely influential tool that we can capitalize on. A simple @ on twitter can catapult instant success. A funny joke can mean instant stardom. A hilarious Vine (RIP) can launch a career.

April Reign began #OscarsSoWhite on Twitter, highlighting the oft discussed notion that the Academy snubbed people of color at their ceremonies each year, prompting them to take action and increase the diversity of their board. John Oliver’s 13-minute video about net neutrality in 2014 crashed the FCC’s website. #BlackLivesMatter was born on the internet and the movement has been booming ever since.

The internet is powerful, and we know how to use it.

Our capability to survive is held at ransom by corporations that pay us too little and educational establishments that charge us too much, but we remain resilient and are still able to push forward with what really makes us happy. More than 1/3 of millennials have side jobs.  We’re more willing than previous generations to engage in civic engagement and volunteer work. We work so hard that we’re even more likely to feel guilty for taking our earned paid vacation days. Not to mention the dynamic exuberance with which millennials, especially those of color, work to protest and make our voices heard.

I have friends with full-time jobs who are also in school and do freelance work on the side. I know people who work multiple day jobs while working toward their true passion by writing and directing in their spare time. When I’m not at work all day or working on articles, writing for 3 different publications, I make stupid websites to keep me and my friends entertained. Ok, while my personal example may not have been the most compelling, the point is millennials have a variety skills in multiple fields that we use for both business and pleasure, multitasking and taking on multiple projects and goals to maximize our input in the workforce and the lives we’ve carved out for ourselves. We can work and play, and play for work.

We’ve ditched the traditional corporate ladder and are building our own ladders to success specific to ourselves. After being tricked into the notion that a college degree automatically equals a stable job, surviving economic crises, debt up to our eyeballs, and constant patronizing based in easily disprovable prejudgments, one would think we’d be crippled by doubts about the future. And while sometimes the thought of our current political climate and impending global turmoil and having to eat Ramen noodles for dinner several times a week might scare us, we remain boundlessly optimistic.

Our side hustles, our breakout from the monotony of a bleak 9-to-5 offer a glimmer of hope strong enough to burst from behind the cracks of feeling cheated out of everything we were promised. We thirst for a purpose in the work we do, and when our day jobs don’t satisfy that, we branch out and create our own purpose, pursue our own joy. If we’re stuck in a job that limits the amount of skills we gain, we learn somewhere else. Being locked into jobs we know we won’t be at forever is motivating enough to get us to look elsewhere, and if you’re gonna line someone else’s pockets, why not try lining your own too?

Millennials, while the sole killers of esteemed establishments like Applebee’s and Buffalo Wild Wings, are channeling our energy away from things like murder and picking the best filter for our selfies to something far more meaningful: ourselves.

One thought on “21st Century Hustle”