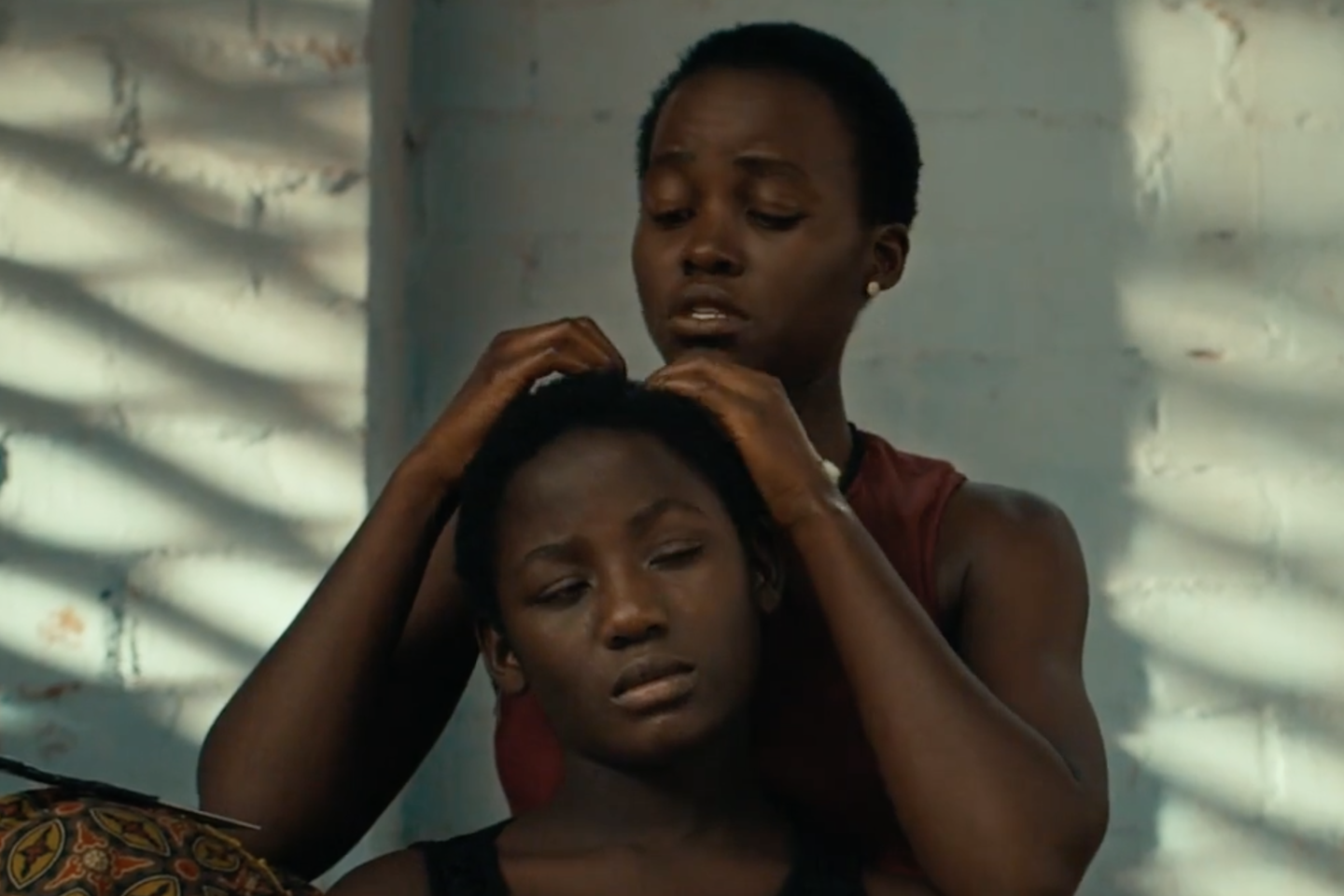 I’m not feeling all too well today. I’ve had a stomach ache since last night, which I was pissed about because I knew Luke Cage would be dropping on Netflix right at midnight and I wanted so badly to watch it and live-tweet it because that’s one of my favorite things to do. Instead, I fell asleep early like a loser in order to sleep off feeling like crap.

When I woke up this morning, I had a plan, stomach ache be damned! I was going to watch Luke Cage until it was time to go see Queen of Katwe at the theater nearby me. While I got up and ready, I listened to “A Seat at the Table,” Solange Knowles‘ latest album that she dropped on Apple Music and TiDAL, also at midnight last night. I like to plan out my days out here since I’m in a place where I have so much free time. And even though I’m not feeling great today, just looking at the layout of my day made me so happy.

Everything revolving around my plan had to do with Black art. I bounced from watching Luke Cage’s vibrant Harlem landscape, to the slums of Uganda brought hope by a game of chess, to hearing the sultry, soulful rhapsody of Solange. I listened to her sing “Don’t Touch My Hair” and I heard Ms. Tina talk about how much beauty there is in being Black and I watched Luke Cage sweep up hair in the barbershop against a background of kids playing 2K and men playing chess and I was brought to tears by the incredible performances by Oscar winner Lupita Nyong’o and newcomer Madina Nalwanga. Everything I’ve done today has been cloaked in blackness.

I don’t think this is exactly a new experience for me; instead I’ll say it’s an old experience under new circumstances. When I was a little kid, my schools had large Black populations, and I watched Kenan & Kel and The Proud Family and Fresh Prince, and I listened to Li’l Bow Wow (don’t judge me) and B2K and Destiny’s Child. My life has revolved around blackness since I can remember, despite the dips in it sometimes. And I think the reason my revelation today was so pertinent is because of the national conversation surrounding us.

Blackness has always been condemned in America, but it seems like that notion is especially intense lately. Racists are getting bolder again and “diversity” has become a buzzword that television execs think will help their ratings. The golden age of Black TV in the 90’s is long gone. People really bring up nonsense reasons like “realism” and “historical accuracy” as excuses for why shows and movies cast zero people of color. But I feel like there’s a revitalizing of blackness in entertainment. I feel this way every time it’s TGIT or when I watch Viola Davis’s Emmy speech or listen to Beyonce bare her soul in LEMONADE. Despite the adversity we’re up against, that we’ve always been up against, we shine through.

I started my day in Harlem while Wu-Tang Clan and Nas played in the background. Alfre Woodard’s Mariah Stokes said she didn’t want to be “all up in the Kool-Aid” and Misty Knight took the rock and proved she was a real playground legend. I got to witness this world where Black people are heroes and villains, where we’re strong and weak, where we’re ruthless mob bosses who aren’t afraid to kill and newbie thieves who get nervous on a job. Where we’re barbershop sweeps and superheroes. I paused to travel to the tiny neighborhood of Katwe where I watched as a young girl who didn’t know how to read and sold maize to city folk become an international chess champion. I watched a flood destroy her home and I saw her struggle with her own self-worth amongst compellingly profound characters like her overprotective mother who was damn near killing herself to provide for her family, and her chess coach who too risked everything for the kids he taught. The chess team, full of wide-eyed and absolutely brilliant children, traveled across the world and proved everyone wrong when they went up against kids twice as big as them, and came out on top. And all day, “A Day at the Table” was the glue that filled in the gaps, a real life testament to what I was feeling today. Solange sang “this shit is for us” in F.U.B.U. and she’s right. It resonated with me so much today, because this shit is for us.

Today was my Black Friday and it was nice to bask in blackness from so many different angles. It didn’t include rushing to the stores at crazy hours in the morning or scrounging for a deal; it was just a day where I got to sit back and explore the complexity of my people and enjoy the multifaceted layers of us. And I can’t wait for more.