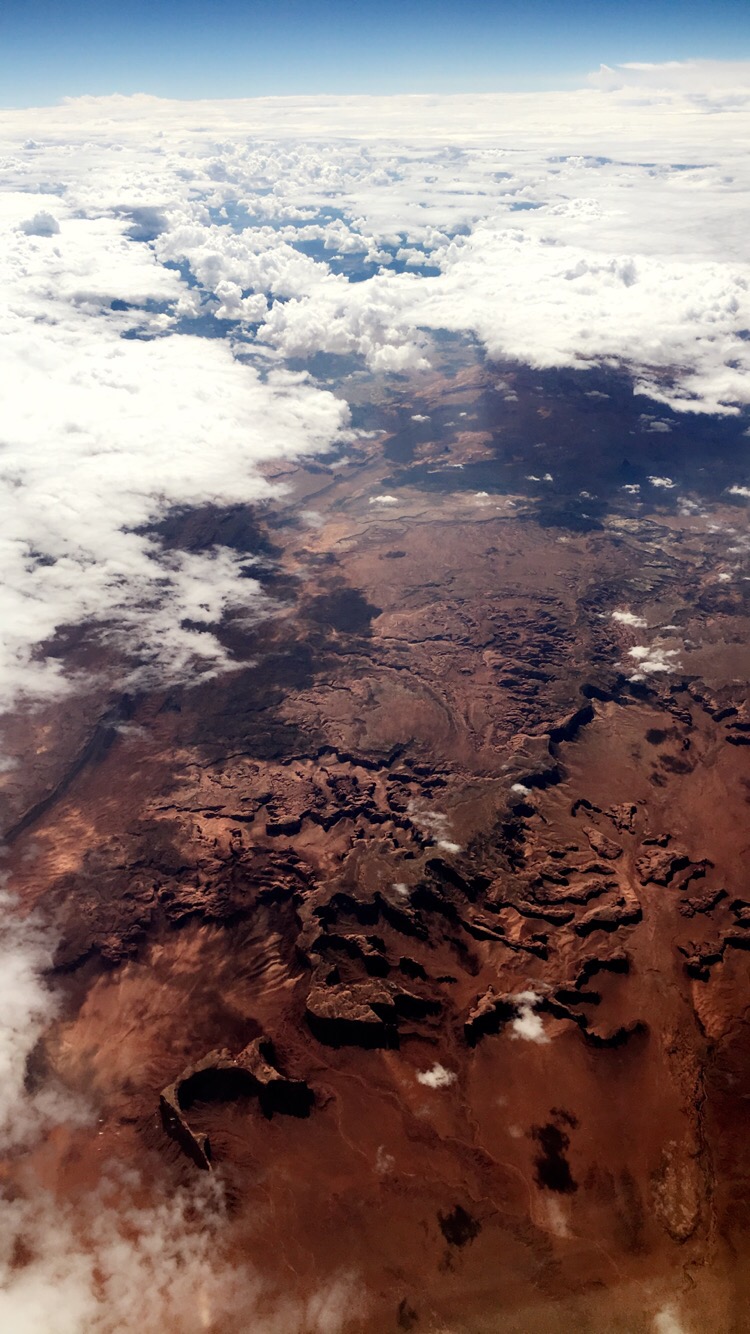 Flying makes me nervous. Everything about the process is stressful to me. Getting to be airport, waiting in line for security, going through the X-ray machine, being patted down, putting on my shoes fast enough when they’re finished, finding my gate, waiting for my group number, boarding, takeoff, flying, landing. It’s just a nerve wracking thing for me, like it is for tons of other people.

I used to love flying, but that’s changed. I used to like waking up early and getting to the airport. My mom always had coloring books to entertain us and I looked forward to that the most. Traveling was just enjoyable.

It isn’t the same as it used to be. I know 9/11 changed everything and made air travel harder, but everything’s different. It’s not fun anymore, it’s a chore. It’s something I have to get through and wait to get over with.

I’ve been stressed out all week. I’ve consumed so much information about Black death these past few days and I’ve just been on edge indefinitely. When I woke up this morning, I was stressed for a different reason: my flight. I don’t have the space inside of me to juggle these dual modes of stress, and since flying was a certain inevitability, I had to hang up my grief for the time being and focus on getting ready for the trip. I made a playlist yesterday called “Feel Better” in a small attempt to, well, feel better. So I played it while I finished packing. I got off Twitter because I couldn’t let yet another hashtag pull me back into that bottomless anger and make me late for my flight. I texted my friends and I joked around to make myself feel better. I had to put that sadness on hold so I could stress out about flying.

I got to the airport early and went through security. Normally, after going through the X-ray machine, something in my hair is flagged and the TSA agent has to pat down my afro, so I prepared for that. I wasn’t ready for them to take my laptop to further inspect without telling me, or patting my whole body down. I’m not the correct kind of brown that gets the super special treatment at airport security, so I held in my anger at being held up and questioned.

I boarded my plane and tried to calm myself down before takeoff; I’m always the most nervous at that part. I’m the only one in my row, which thankfully took some of that stress away. I queued up my “Feel Better” playlist, settled into my window seat and prepared for take off.

Looking out the windows, listening as 2Pac tells me to keep my head up and Kendrick tells me we gon be alright, I feel like I did when I was a kid. The plane isn’t that scary and the world below me looks incredible. My Coloring Book is a different one this time around, but I’m seeing the similarities of traveling as a kid.

The clouds still look soft enough to hold, like cotton candy. Seeing the earth from so far up is still captivating. The earth is still as beautiful as it was when I was young. I still see faces in clouds.

It’s fascinating to look at the earth from this high up. It’s interesting to go from seeing intricate designs of sprawling cities and the colorful and precise linear organization of ranches and farms, then fly above mountains and canyons and forests, untouched by the hands of man. It’s a fascinating dichotomy.

I tried not to revert back into sadness, I really did. I had my playlist going and played chess on my phone and everything. Clearly, it’s hard to distract myself, even from up this high.

I’m getting sad as I look down at this country below me. It is below me. It’s not worthy of me. Is that why it hates me?

These mountains don’t hate me. Those clouds don’t want me dead. But this country does.

I’ve never had that much of an appreciation for nature before. But all I can think right now is how unfair it is that something so amazing blooms inside of a place so hateful. It’s unfair because all of this natural beauty was here first; the absence of nature directly correlates to the presence of injustice. Where mankind exists, so does hate.

Man. I can’t even enjoy a flight without being reminded of how messed up this country is. Everything reminds me of it. There are no distractions.

For four hours today, I existed above earth. For a few hours, I looked out of my window at the clouds below me. I watched miles and miles of land slide beneath me. That should be grandiose, it should be amazing. As commonplace as it is to travel by plane, there should’ve at least still been some semblance of awe, even just a little. I sped through the skies today, and all I could think about was the Black families that will never be whole again, the ever-rising numbers of people who should be alive, the dull and aching and endless pain of being Black in this gorgeous country below me. Being up this high doesn’t make me forget. The vastness of nature doesn’t erase how much damage has been done.

Rest in Peace every Black man and woman and child and person who has been unjustly murdered by a beautiful country that hates you.