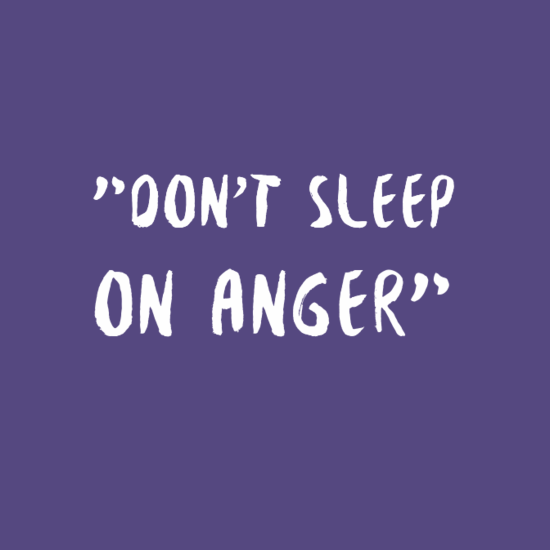 The first line in Solange’s new song “Mad” – “Yooo-ooooooou got the right to be mad” has been bouncing around in my head for weeks, and is the inspiration for writing this. If you haven’t already listened to A Seat at the Table, I fully recommend you do so, over and over again. This album, about “self-discovery and empowerment and independence” touches on a multitude of colorful themes related to blackness and Black womanhood in America. I listen to “Cranes in the Sky,” “Don’t Touch My Hair,” “Borderline,” and “F.U.B.U.” the most, but after yet another daily listen through the entire album, “Mad” was the one that got stuck in my head.

It’s hard not to. The juxtaposition of Solange slowly singing about anger in a sultry, almost dreamy state against a simple beat and a few occasional light piano chimes is pretty alluring, and somewhat confusing thematically. Comparatively, Lil Wayne’s quick verses easily meld into the dream-like melody and if you’ve been lulled by how relaxing the song is, it’s easy to forget the two are singing about being mad.

Anger is something that has historically been stereotypically linked to African-Americans. From the Angry Black Woman trope to the Savage Black Man, anger is thought to be latent in us. White people clutch their purses when we walk by, call us super-predators, shoot us dead before we have a chance to speak because the assumption is that we’re angry and combative. We’ve endured lifetimes of violence and oppression and been forced to live in a country that refuses to protect us, and remains complicit in our destruction, but our anger is the thing that is unacceptable. Despite being systematically abused for centuries, we are expected to bottle up our anger and withhold ourselves from lashing out, lest we fulfill our preordained destiny of Angry Black Person. It seems almost inescapable.

There are white people who think Black people are superhuman and feel no pain. After Dylann Roof murdered nine Black churchgoers, the victims’ families were asked to forgive the terrorist. After Samuel Dubose was murdered by a police officer, his mother was asked if she forgave her son’s killer. We’re expected to not only rise above the anger of the devastation and destruction dealt to us, but also to be forgiving. We’re to be docile and put to rest the fears of white America while they kill us.

Anger doesn’t always dissipate when left alone. It can build and become destructive. And since it’s an emotion that is thought to show aggression and be a sense of weakness, a personal failing in Black Americans, the way it’s handled is poor. African Americans are 20% more likely to have serious psychological distress than non-Hispanic whites, but are less likely to seek help. The notion that the anger inside of us is unjustified, the stereotype that it’s a shameful emotion, and the normalization of Black pain coming from both inside and outside of the Black community contributes to the stigma that our trauma is normal and we should suffer in silence.

I have major depression and PTSD and I’m often very angry. It’s very easy to make me angry and a sure sign of anger from me is a complete and total shutdown. I will retreat inside myself and refuse to speak to anyone and let my anger get the best of me. It’s very unhealthy and unfortunately I think it’s very common. I had a therapist and psychiatrist tell me that this was not productive behavior and they gave me tips on how to channel my anger in a different, healthier way. And while sometimes I still resort to locking myself in my room and refusing to talk to anybody, I think it’s important that I had resources to help me manage my anger. Never did my therapist or psychiatrist shame me for feeling angry, or try to convince me to get over it or let it go; we worked through it and tried to get to the bottom of it, and I feel like that kind of thinking is rare in Black people since we’ve been conditioned to swallow our anger.

Solange’s “Mad” is preluded by the 45 second clip “Dad Was Mad” of her father talking about how he was one of the first Black kids to integrate in his school. He describes parents of white kids and KKK members screaming and spitting at him and the imminent threat of death that was simply going to school. He was “angry for years” he says, before Solange’s masterpiece begins.

This dichotomy between the interlude and the song is important. Here, Matthew Knowles is illustrating his childhood full of violent racism before Solange begins to sing about her own anger, the connection being that the anger Black Americans face is valid regardless of its intensity. As A Seat at the Table continues, Solange harmonizes about microaggressions, such as people touching her hair and the lack of space for Black people to be ourselves. She wrote about her experience at a concert and the covert racism dripping from the lips of the woman behind her who demanded she sit and be quiet before resorting to throwing trash at her. These experiences aren’t overtly lined with the possibility of violence or death like her father’s was, but her anger is still legitimate.

The first two verses of “Mad” describe her running into a girl who keeps asking why is she always complaining, always talking shit, always mad, with “I got a lot to be mad about” sprinkled throughout the track. In the final verse, she flips the conversation and says she’s tired of explaining herself and her anger and how exhausting it all is. She undercuts the idea that Black people feel no pain by analyzing her own anger and giving it a comprehensible weight. She affirms that she owes an explanation to no one and substantiates her own anger and ours: “you got the right to be mad.”

Another critical component is Lil Wayne’s verse. It’s a complex introspection of his own anger, rapping about how his bittersweet rags-to-riches story lost him people that were once important to him. He alludes to his beef with Birdman and affirms that he also has the right to be mad. He even mentions his failed suicide attempt from when he was a kid and how mad he was that day too. While the guest verse is short, it simultaneously verifies our right to be mad and briefly takes a stab at the idea that things like suicide and mental health aren’t to be talked about in Black culture.

Solange said she wanted A Seat at the Table to be her “punk album” because she wanted to be “allowed to be disruptive and rage and express anger” like punk artists are, something that isn’t afforded to most Black artists. Her sentiments are shared in episode 63 of my favorite podcast “Another Round” where, at the end of the episode, Tracy Clayton buys a round for anger.

This was the first episode of “Another Round” I ever listened to, and I’m so glad I did. At the end of each episode, the hosts “buy a round” for something they want to appreciate and Tracy’s round in this episode perfectly encapsulates everything Solange’s “Mad” is all about. She talks about how she feels agency in her anger, and says she’s angry she’s been denied anger for so long. Her and co-host Heben Nigatu discuss how the Angry Black Woman trope made them shy away from their anger and feel embarrassed by it because they didn’t want to offer truth to the stereotype.

The final minutes of the podcast are perfect as they open themselves up to this discussion about how women and people of color are stuck in a kind of catch 22 where we are ridiculed, demonized, and stereotyped for expressing a normal human emotion, so we in turn bottle it up and are left to struggle with pent up anger that just makes us more mad. They talk about how frustrating it is that the same people that tell Black people not to let anger consume us are the very source of that anger and how upsetting and unfair that is. They discuss how we’re taught that anger is a shameful emotion that you’re just expected to get over as soon as possible. Fire purifies, says Tracy, as she likens the expression to how she’s learning the redemptive properties of anger. “It’s heralded as this corrosive, damaging emotion. But it doesn’t have to be.”

Image: Red background with beige text reading: You got the right to be mad – Solange Knowles

Image: Blue background with black text reading: You have the right to be angry – Tracy Clayton

I’m still learning to lean into my anger in a constructive way; to not be scared of it or run from it. Tracy advices listeners to accept their anger in a healthy way and learn from it. This kind of thinking to me, especially coming from Black women I admire and look up to, is ridiculously refreshing and is helping me see this conversation in a different light. Despite already being advised by professionals to constructively sit in my anger, I feel it didn’t really resonate with me until I heard these women describe how they are doing exactly that. Analyzing how societal pressures and stereotypes denies our agency in our anger and the proactive responses by these women on how to combat it is just very insightful and invigorating.

Anger isn’t bad, and you got the right to be mad. So, don’t sleep on your anger.

i feel like my own anger is something im just learning about, like its been in a padlocked box for 33 years