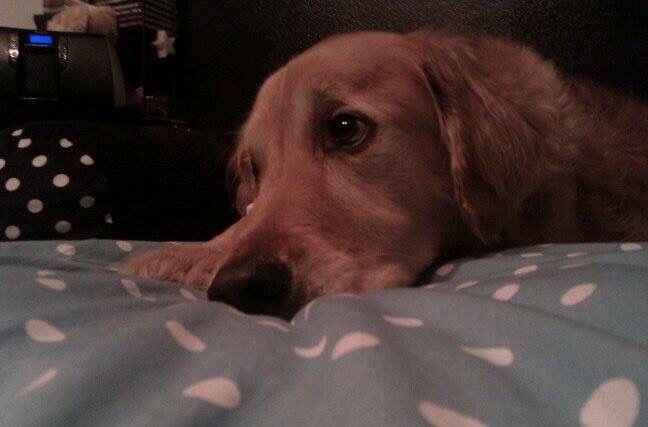 This is going to be a short post, mainly because today has been a stressful and crazy day for me. But this blog is mine to get all my thoughts and stuff out, so here goes.

Today would’ve been my first dog Dakota’s 12th birthday. He died in 2011 when I was a freshman in college and going through a really rough time. Nobody knows for sure what happened, but my family suspected some neighborhood kids poisoned him. I don’t like to think about how he died, especially since it’s such a mystery. It’s frustrating and upsetting and I’d rather think of him as the insanely happy pup he was.

Dakota was a very special dog to me. He wasn’t my first pet; before him I’d had two cats, fish, and even a lizard that I named Colors because I couldn’t tell what gender it was and 10 year old me was super gender-inclusive and #woke. But when we moved to our house in Cypress, we got Dakota and he became the best pet I’ve ever had.

He was being sold in a Walmart parking lot, which is a pretty apt description of life in Cypress I think. My mom, sister, brother, and I found him being sold with his sister, Frio, and instantly fell in love with him. We called up my dad and begged and pleaded and after not much of a fight, Dakota was ours.

I remember the first time Dakota barked, or at least the first time I heard him bark, was in my room. I was at my desk and it startled me so badly because I wasn’t used to him being loud. He was so quiet and calm, even as a puppy. My dad would make jokes about how dumb he was, and he was, but he was also very reserved and wise. And I know those are very odd adjectives to use for a dog, but he was.

Dakota was there for me during my depression my last year in high school. He could sense when I was sad and would come in my room and just spend time with me or snuggle up to me. And it didn’t always lift my mood, but it made me feel a teensy bit better. It at least made me feel comforted. I didn’t have to talk to anyone or discuss my feelings or answer to a therapist; I could just hug him for a few minutes and sit in my feelings.

I could write a novel on what Dakota meant to me. He was such a lovable dog, and so patient and kind and I miss him so much. I love the dogs I have now, but even they don’t have that special something Dakota had. He was a friend to everyone who approached him (even going so far as to pee on them to inform them of the new friendship.)

He wasn’t big on toys, but he loved carrying socks in his mouth. When he got a gash on his tail and had to have it amputated, he was embarrassed about his little nub and would sit immediately after walking so no one could see it. He eventually grew comfortable with it and although he had a super fluffy tail, the nub was cute, too. He was just a pure and good dog and I miss him so much. I wish he could’ve spent his 12th birthday here.