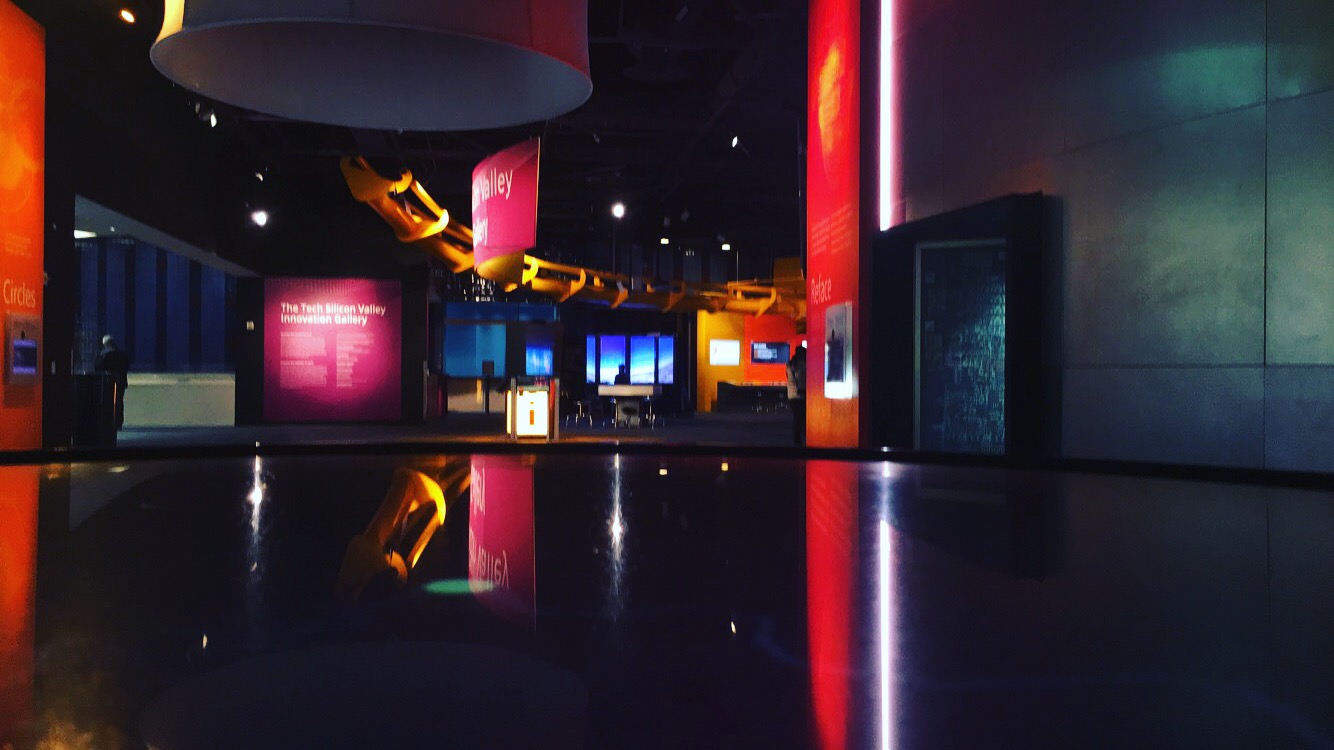 After five months of jobless-ness from making a big move to California, I’m now a Gallery Facilitator at The Tech Museum in San Jose.

The museum itself is extraordinary. It’s all hands-on and very tactile with a variety of exhibits from cyber security to aerospace that teaches kids about different facets of technology and science. You can build a robot, or a cannon. You can become a DJ and make sick beats while learning about sound waves. You can power a city by learning about wind and solar energy. You can do anything here. It’s an amazing place and I love it.

But the best part so far, even though today has only been my second day, is the people.

Everyone I work with is incredibly sweet and helpful and I don’t ever feel dumb about asking questions, which is always what I’m most nervous about when I start a new job because I do tend to ask stupid questions. My co-workers and bosses are always making sure I’m doing ok and willing to help in anyway possible. The culture there is just so patient and accessible. It’s incredible and I’m so thankful.

When I moved to San Jose, my depression only got worse, heightened by the uncertainty that came with everyday; not having a job, blowing through my savings, receiving the “we’ve decided to go with someone else” emails and phone calls, going on interviews that led to nowhere. It was stressful and anxiety inducing and terrible and I hated it. Being in a new place, knowing no one, with no job or source of income was a challenge I just wasn’t ready for. It was hard being away from my friends and my family and finding a job honestly seemed hopeless. The first couple weeks and months weren’t too terrible; I knew it wouldn’t be easy. But I had no idea how hard it would be. Months and months and months went by and I was getting nowhere.

I graduated from a good university. I’ve worked in digital research and been a software developer, video producer, and photographer. I worked on President Obama’s groundbreaking and award-winning digital development team. How the hell was I not employed?

After a few months here, my car was broken into and my laptop along with some other things were stolen. It seemed like a sign; I wasn’t supposed to be here. After months of unemployment and having my stuff stolen, not to mention my unchecked depression, things were looking pretty low. I wanted so badly to go back to Houston, even though months prior I couldn’t wait to leave. Being a real adult seemed too hard and I clearly didn’t have a grasp on the whole thing. And being robbed was the straw that broke the camel’s back.

Ok, full disclosure, I have (or had) two laptops and my Mac was the one that was stolen. My other laptop is a PC, the one I use now as a backup. I bought it for $200 purely for gaming because I’m a huge nerd; this computer was not equipped to be used as a laptop for other things, like…practically anything else. But, it’s the only thing I have anymore, so I use it and have gotten used to it, which is a good thing. I write on here more, which I think is helping me get my thoughts and ~feelings~ out, so my depression is being handled through these words (and medication, shout out to aripiprazole.) Even though I was still not in the best place post-car robbery, I tried to maintain that it wasn’t all bad and things would start looking up. I have a family who loves me and a handful of friends out in California who care about me too.

I started volunteering at The Tech in November because I got sick of hanging out at the house and the library. I immediately fell in love with it because it was unlike any museum I’d ever been to. There’s so many cool gadgets and toys and you’re encouraged to play and explore and learn, and even though it’s geared toward children, everyone of any age can learn something new. I really enjoyed the hands-on aspect and that guests could interact physically with pretty much everything. Even more than that, like I mentioned above, I really really loved how engaged and supportive the staff is. And on my third volunteering shift, I was encouraged by staff to apply for an open position.

Two days after I interviewed, I got the job.

Guys, I don’t think I can even explain how happy I was. After spending so much time and money living in a city waaaaaaay outside my budget, I finally was employed. I cried that evening out of relief.

I love The Tech Museum. I love it a lot more than I thought I could love a job. I feel I’ve been fortunate in the jobs I’ve had; I’ve always worked with people I got along with and never had any serious issues or anything. But the environment here is just different. I’m getting emotional just thinking about it.

I didn’t think I would be interested in a job working with kids, but it’s been so cool so far. Kids are so smart and intuitive with technology and it’s really incredible to behold. Watching their faces light up when they get their robot to work or when their device slingshots a ball across an exhibit is super satisfying. It’s chaotic sometimes, especially with 500 students running up and down the place, but when they focus and the little gears in their heads start turning, the stuff they come up with is fascinating. And being able to facilitate that learning and ingenuity and creativity is very satisfying.

I don’t know if this will be the job I do forever, but I honestly wouldn’t mind it. I feel comfortable here. I don’t feel out of place or cut off or ignored. If I’m unsure of what to do, I don’t feel scared to ask a question. I’m not (super) intimidated by a gaggle of hyperactive children. I learn something new everyday, be it about technology or people. And for the first time in months, I feel like I belong.

Plus, I built a catapult today. This job rocks 😎