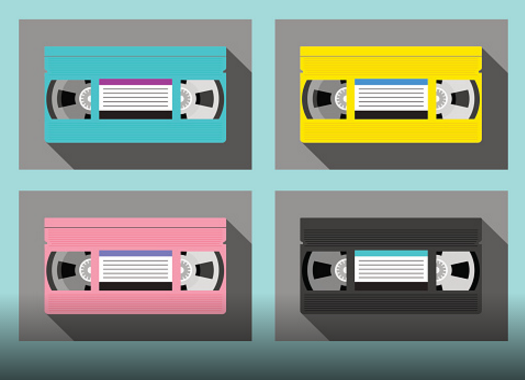 When I was little, the way I would get over the fear of getting shots at the doctor was to imagine that in ten minutes or so, it would be over and my mom or dad would give me ice cream for being so good. I reasoned with myself that even though it would hurt and be scary, it would be ok because later on something good would happen. I’ve carried that kind of thinking with me into adulthood, which can be a good and bad thing; it (sometimes) motivates me to endure something I don’t want to solely for the reward at the end, but as I’ve learned, rewards aren’t always guaranteed.

Maybe you’ve already guessed because my writing style is pretty stagnant on here, but there is a lesson at the end of this post and the reason I’m writing it is because I have the memory of a goldfish and perhaps it would be beneficial for my future self to write this down in case I forget what the lesson is. So even though I’m ignoring some texts and procrastinating on responding to emails, I’m actually being productive here ok? Ok. Let’s continue.

As I’ve talked about before, I struggled a lot with getting a job in California. When I first moved here, I would talk about wanting to fast forward my life until I had a good job and an apartment and friends and a semi-established semblance of a life out here. I wanted to just skip to the part where I didn’t have to go on interviews and fill out a million and one job applications and keep getting reject emails and phone calls. It was tedious and depressing (and I’m still getting reject emails and phone calls lol).

I didn’t want to sit through the hard part because it’s no fun. Nobody wants to do laborious work with no productive outcome, especially if the result is consistently negative. The “it’ll happen eventually”‘s and the “keep your head up”‘s weren’t encouraging, they were annoying. I didn’t want to actually do the work, but to have already done the work, bypassing the failure. I know I’m skilled enough to be successful, but clearly I’m also lazy enough to assume that I don’t need to hustle to get stuff done. Clearly that’s untrue, but I know I’m not the first person to complain about this.

Without delving too much into how frustrating it is to be a young newcomer in the job market and how universally lied to millennial Americans feel about being told to go to college in order to be successful only to graduate sitting on mountains of debt and sales associate as a sole job prospect, this current climate is a disaster. Three to five years required experience for entry-level jobs is bullshit. Unpaid internships are bullshit. Sky-high rent that necessitates six roommates is bullshit. It’s rough out here and anyone under like 35 not literally always on their grind is my enemy. The need to vent and complain and get those ~feelings~ out is strong because everything seems so unfair and too hard. I’m not the only one that wants to fast forward through this part of my life to get to the good stuff.

I’m not here to talk about how if I skipped over the hard part, I wouldn’t value the easy part as much, or whatever. I mean, sure, I guess if you always had it good, maybe you wouldn’t value it as much as someone that worked hard to earn their keep. I don’t know, I don’t have that experience and I’m not a psychic. I watch a lot of Shondaland and this is a twist ending.

What I’ve been thinking about specifically is that interspersed inside of the hard part that I desperately want to skip through are a lot of good things and if I fast forwarded, I would’ve missed them. These last five months have probably been the hardest in my life, but it wasn’t all bad, I guess.

I kept up with this blog, kinda, and improved my writing (even though literally in this same post I wrote about how stagnant my writing has become smh). I met people that I already care about immensely. I went to a concert with new friends. I explored California with old friends. I got $10 worth of free candy at a fancy candy store. I started writing scripts and producing videos. I met the cast of Grey’s Anatomy. I had Thanksgiving with my best friends. I turned 24. I moved to a new city by myself and I’m not dead yet.

I’m not gonna lie, shit has been rough in these San Jose streets pretty much since I got here. It has been no walk in the park and it’s probably not gonna be all sunshine and rainbows now that I’ve checked off a major point on my adult to-do list. I’m just tryna be more appreciative of what I have and shit, you know? Be more humble or whatever the hell. I complain a lot, like a lot, and I guess I could just use some balance. It’s easy to complain all the time and it’s easy for me to forget that even though I feel like crap a lot of the time, everything isn’t a total disaster. Just, like, mostly a disaster. There’s a portion that’s not disastrous and damn it I’m thankful for that, so let me be sappy for a few moments, ok?

It’s relieving to talk about the things that distress me. Getting that kind of stuff off my chest helps me deal with it better and I’ve found even if I can’t physically talk to someone about it, using this blog as a way to vent helps make sure I don’t bottle stuff up for the most part. It’s therapeutic and means I won’t be clogging up my twitter with depressing tweets, which is important cus I have a social media presence to maintain and I can’t be losing followers for talking about my feelings.

I need to be more cognizant about the good things, or at the very least, the non-bad things that happen. Yeah, I got my car broken into and my laptop stolen, but I also met people I really care about and admire and love spending time with. My depression has always been an uphill battle, but on the journey I got some free candy and selfies with famous people. Rejection emails flooded my inbox, but after five months man, I got one telling me all that work wasn’t for nothing.

Things in my life still aren’t totally great, but it’s definitely not as huge of a disaster as it was. And for that, I guess I gotta be grateful. There’s no fast forward button I can push to get to my next milestone, and I’m ok with that.