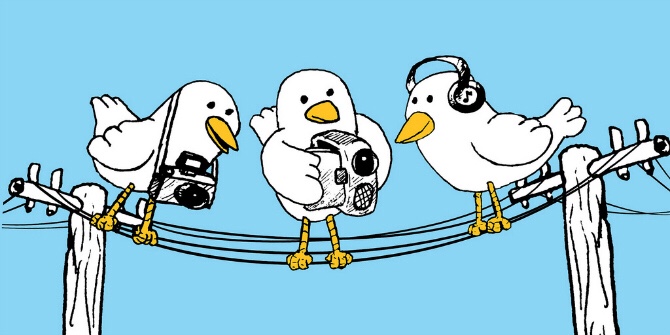 Birds of a feather flock together.

From a young age, parents and mentors tell us to be mindful of the company we keep, that we should be careful who we make friends with because they’re a reflection of us.

I’ve found this to be overwhelmingly true the older I get; people perceive a lot about you based on the kinds of people you hang out with. That kind of deductive reasoning makes sense; of course similar people would befriend one another, with commonalities and similar interests keeping the friendship going.

Something I’ve struggled with, keeping this mantra in mind, is that not everyone is a good person. I make this mistake a lot, believing that every person has good intentions or the best interest of themselves and others at heart. It’s a shock finding out that this isn’t always true, but the surprise is lessening the older I get and the more I learn from making this mistake. But, it’s hard, at least for me, to find out that someone’s not a good person after developing a friendship or any kind of relationship with them. After enjoying spending time with them, or maybe finding out you have similar taste in movies, bonding over something funny that happened at work, or just having a good conversation.

I’m better at recognizing this kind of thing now, especially because I’m hyper-aware of the company I keep. I don’t want to be associated with people whose morals and ideals are in opposition with mine. I don’t want to engage in conversation with people who believe in an ideology that inherently belittles others based on core parts of their identity. I can’t. For the sake of my own peace of mine, it’s just something that I cannot do.

That being said, there is a person in my life with whom I disagree with on just about everything. I’m not talking about favorite ice cream flavor or taste in music; she holds negative and often offensive beliefs about people and her opinions go against everything I believe in. The kicker for me comes from the fact that she’s Black too, a most perfect embodiment of “all skinfolk ain’t kinfolk.” It’s disheartening to see a marginalized person utilize the same methodology and principals to marginalize others, and oftentimes even herself.

She’s a co-worker of mine, one who I only see a maximum of three times a week, thankfully, due to our differing schedules. However, she also happens to be someone many of my friends and other co-workers are friends with. This presents numerous problems, namely the fact that if I want to hang out with a mutual friend of ours, she’s sometimes included. It wasn’t always a problem; I used to be able to brush off her outlandish and insensitive remarks.

That is no longer the case.

The first time I noticed she was someone I did not want to be around was in February of last year, about three months after I’d gotten the job. We were stationed together and saw a guest walking through the museum with a small dog. She radioed security, informing them that someone had a dog with them. They responded that they were aware and it was alright because it was a service animal. The two of us began to discuss. How could it be a service animal, she wondered. It was so small. I posited that perhaps it was a comfort animal, something I didn’t, and admittedly still don’t, know much about. But, I told her that I’d heard it helped people who had anxiety or depression. This was mistake number one: Engaging with the Enemy

The conversation went from arguing over whether or not comfort animals were a “real thing” to whether or not mental illnesses like anxiety and depression were a “real thing.” This had me heated. I was the kind of mad you get where your face gets all hot and you feel your heart rate shoot up. She started saying nonsense about how treating mental illness with medicine doesn’t make sense because people got along fine in the past before meds for these diseases were discovered. Here’s where I made mistake number two: Introducing Logic.

I asked her if we should just halt all production on medications for anything–scratch that–progress for anything since we’re currently “getting along just fine” without the innovations that we’ll have in the future. She shut me down, saying that’s not what she means (despite the fact that that’s exactly what the argument she presented meant.)

Her arguments got more egregious and she started saying things like medicine for mental illnesses are “crutches” and people with depression should “just be happy.” Here is where I narrowly avoided mistake number three: Thinking a Rational Resolution is Possible.

I had to disengage. Clearly I was talking to a brick wall here. Everything she was saying was so incredibly wrong and offensive, and despite me telling her multiple sources that proved her ideas wrong, she wasn’t hearing it. And she never would. Stubbornness doesn’t even begin the describe this person, and it slowly became clear that I was fighting a losing battle. I had no other choice but to leave it alone.

This was a weird moment for me. Many of my friends at work were friends with this girl, and here I was, discovering that she thought mental illness was fake, or at least curable by “just being happy.” I was confused that someone who was friends with all of my friends was now revealing what she really felt on a topic I am wholly passionate about. Someone who had befriended the same exact people as I did, who knew them well, probably even better than me. These people had deemed both of us, me and her, as people they wanted to be friends with. How? How had I fallen into this trap, thinking that this girl was someone I wanted in my life? How had they?

This circles back to two things I started this post with: the company you keep, and my own errors in believing in the inherent good in people. I’d talked to my other work friends about mental illness before, even going so far as telling some of them about my own struggles with depression. So, based on the fact that I’d had these conversations with them, I mistakenly assumed they would befriend people that think the same, leading me to think that the person in question was worthy of my friendship. Let me be explicitly clear right now: she is not.

Over the course of the next year, I would enter into many arguments and heated discussions with this person. I overheard her saying transphobic things about a trans girl that works with us. I argued with her that, no, Black movies are not inherently “nasty and trashy,” as she so eloquently put it. I was shouted over for having the nerve to be suspicious about any white people high up in my family tree; she was highly upset that I would assume that white people would rape slaves because, as we all know, this was a completely preposterous presumption for me to make.

Yesterday was one of those days where I was forced to be around her in the presence of mutual friends. I went in knowing she would say something stupid and offensive, which put me in a bad headspace to begin with. After an hour of normal conversation, I brought up how I’d just binge watched On My Block and how excited I was about it. However, I made the mistake of mentioning that one of the Mexican characters is played by a white actress. Thinking back, knowing the company that was present, I wish I hadn’t done this. I know this girl to protect white people whenever and however possible (despite being Black herself), so I should’ve kept my mouth shut. Perhaps, on some level, I wanted to goad her into flaunting her stupidity in front of my other friends so they would finally see it too. Anyway, as predicted, a flow of nonsense came out of her mouth immediately afterwards:

“I’m always impressed when white people can play a minority better than they can,” she said. “If a white kid can beat a Black person at their own game, respect.”

This girl was 100% serious. I nearly made mistake number one, “Engaging with the Enemy.” I began to say something about how white people get acting opportunities that minorities don’t, but, as expected, she began talking over me to uphold whiteness as she’s known to do.

I stopped talking. I packed up my things. I said goodbye to my two friends, intentionally leaving out the third person that accompanied us, and I left.

My peace of mind is worth more than this. I no longer have the patience to tolerate hatred, bigotry, ignorance, or any of the drivel that she spouts. And I don’t want to be known as someone who associates with someone that engages in that behavior. I don’t want anyone to think that we’re friends. I don’t want people to think I believe in any of the nonsense she does.

And I can’t understand why I have friends that do.

The company you keep reflects upon you. I’ve known this person to be transphobic, dismissive of mental illness, defensive of white slave-masters, and now someone who is impressed by brownface and blackface in pop culture. These kinds of things are not hard to see. She makes it wholly apparent that she believes in this kind of thing. So, again I ask, why do we have mutual friends?

What is it my friends see that I don’t, that somehow upends the seemingly never-ending list of terribleness that she embodies? How do the people I consider close friends find commonality in someone like that? Why would you want to associate with someone like this, and even more to the point, thus associate yourself with said harmful ideology?

It’s disgraceful to me. It’s embarrassing. I don’t see how someone can overlook so much ignorance and hatred. I really don’t.

I’m not in the business of telling other people what to do, but this situation has gone on for much too long, and I can no longer sit idly by and watch people I consider friends make excuses for the way she acts and the things she thinks. I’ve tried already to convince this person that a lot of what she thinks is problematic at best, hateful at worst, to no avail. My next move should be to hold my friends accountable as well.

Being a gay Black woman, I’ve had to deal with a lot of hatred coming at me from all different angles. It was easier to compartmentalize and ignore when I was younger, but I’m a different person now and the rhetoric this person spouts is unacceptable and intolerable, and I will not have it.