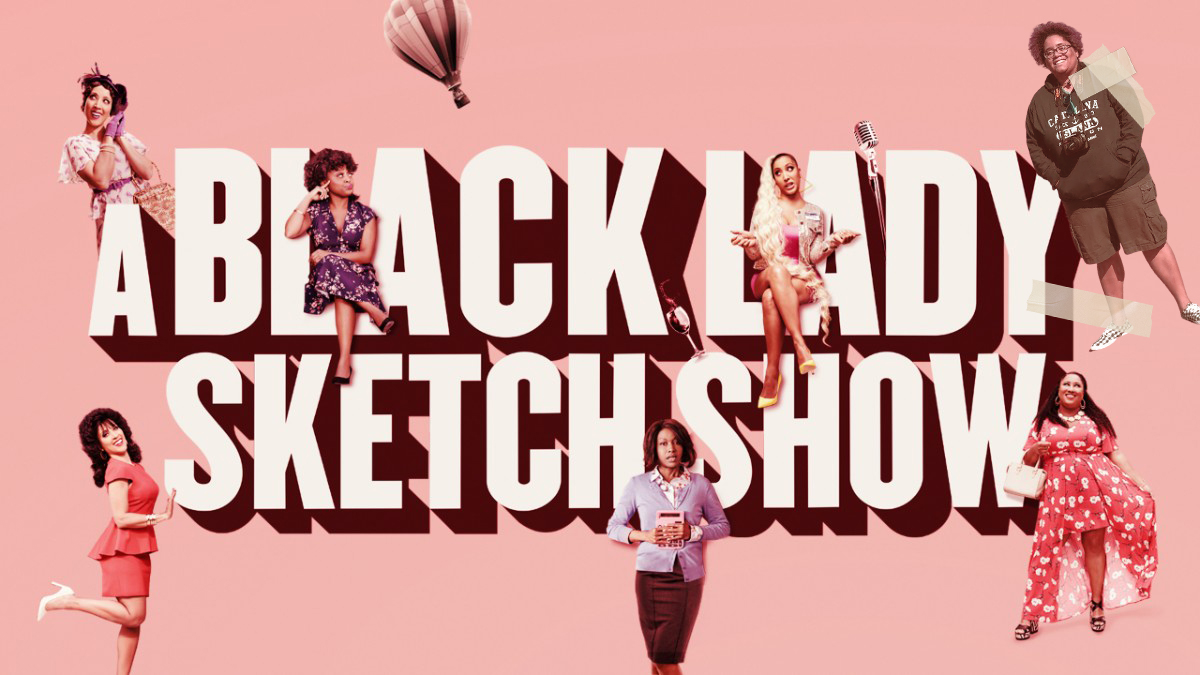 A Black Lady Sketch Show is a perfect television show. The only way it could be more perfect is if I were a part of it (and if the Preamble can say “more perfect,” so can I).

Ok, maybe that sounds a little forward and self-absorbed, and admittedly it is. But you should know I’m claiming my Virgo-ness as an excuse for my arrogance in hopes that it’ll get me off the hook easier. I don’t know anything about astrology, but my birthday is 2 days before Beyoncé’s, so that has to count for something. Anyway, stick with me on this one.

A Black Lady Sketch Show positions Black Ladies at the forefront of comedy because, as everyone knows, Black women are the funniest people on the planet and it’s about time we got recognition. Robin Thede’s hit HBO show presents comedy the exact way it should be presented: with Black Girls to the front. The cast is unmatched; Ashley Nicole Black is easily in the top 5 funniest people in human history, Quinta Brunson’s talent is Oscar-worthy, Robin Thede’s impression of Jackée Harry in 227 belongs in a museum, and I am head over heels in love with Gabrielle Dennis (and she’s obviously the shit, although I’m still not sure if I can forgive her for getting in between Melanie and Derwin).

The guest stars are impeccable as well. From Angela Bassett to Loretta Devine, the homage to Black Hollywood is so refreshing to see, especially since so many of the guests get to show off their comedic chops in a way we haven’t really seen before. Watching Patti LaBelle singing break up songs at the comedically perfect inopportune times was truly life-changing. I rewatch The Basic Ball sketch at least once a month. Rome and Julissa is probably one of the best written sketches I’ve ever seen in my life. SNL who???

And the show’s uniting theme of a group of friends surviving the end of the world speaks uniquely to my nerdy sci-fi sensibilities, again inviting Black women into a genre that we’re normally excluded from. Like I said before––the show is perfect.

I’m here to make the case for additional Black lesbian content the show is missing, and why the show needs to hire me. ABLSS, which I’ve just now decided to pronounce “a bliss” in my head, expertly incorporates so many facets of current Black culture into the show; the exercise bike class sketch from last week’s episode comes to mind (as does the Instagram stories of all of my friends taking boomerangs of their heart rate app on their Apple Watch as they pedal). It’s a slick blend of Black girl pop culture with conventional comedy intertwined with the uniting theme of sci-fi.

The only thing missing from the show is some hot takes from A Queer Black Lady, and I’m the perfect Queer Black Lady for the job. I’m a great writer, I’m awkward as hell, and I practically have rainbows spilling out of my pores. Black queer culture has always been popular; why do you think everyone and their mama says “shade” and “fierce” now? But queer Black women are noticeably lacking in the pop culture zeitgeist, and ABLSS would be a perfect platform to rectify this.

Here are my pitches:

ABLSS is already the first of its kind in like a dozen different categories, all of which is super embarrassing for Hollywood as a whole (first all-black women writer’s room? At human history’s big age???? Chile….) so it seems fitting to continue to break barriers by incorporating more queer Black ladies in the show.

I know Lena Waithe is Hollywood’s go to gay Black lady, and it’s probably physically impossible to have more than one of those at a time in American media. But she already guest starred on the show. She had her chance to gay it up and didn’t take it, so it’s my turn. Sorry Lena!

There’s so much comedic potential in Black lesbian content. The amount of endearing awkwardness and cartoon-level hilarity that organically manifests in queer Black lady life is endless, and would easily slot into the show. Don’t sit up here and tell me a scene featuring two lesbians as the last remaining humans trying to figure out how to repopulate Earth wouldn’t be perfect for the apocalypse storyline. Black lesbian nonsense needs to be translated into sketch comedy form and A Black Lady Sketch Show is the only show I trust to do it justice, with me at the helm.

So, hit me up HBO. I’ve got ideas, and TV could always use more gay comedy.